Beginning on October 27th and running through November 3rd of this year, the National Cartoonists Society and the NCS Foundation will hold a major art auction online, with all proceeds going to benefit St. Jude Children’s Research Hospital.

The NCS has enlisted the help of Heritage Auctions, the industry leader in the field of comic and cartoon art, to conduct the auction. The auction will go live on Wednesday, October 27th and will close the following Wednesday, November 3rd. Lots may be bid on at: https://bit.ly/NCSAuction2021

2021 marks the 75th anniversary of the National Cartoonists Society, and to celebrate this milestone, the NCS and the National Cartoonists Society Foundation have joined forces with Heritage and will be auctioning more than 150 works of art. Several beloved comic and cartoon characters are also enjoying anniversaries this year, so the auction also commemorates the landmarks of many characters that have sprung from the pens of NCS members over the decades. Included in the array of cartoons, comic strips, and illustrations, are such favorites as Dennis the Menace, Wonder Woman, Captain America, Dumbo, MAD Magazine’s Spy vs Spy, Archie, 101 Dalmations, The Fantastic Four, Yogi Bear, Deadpool, Ren and Stimpy, Mutts, Zippy, Dick Tracy, and many more. 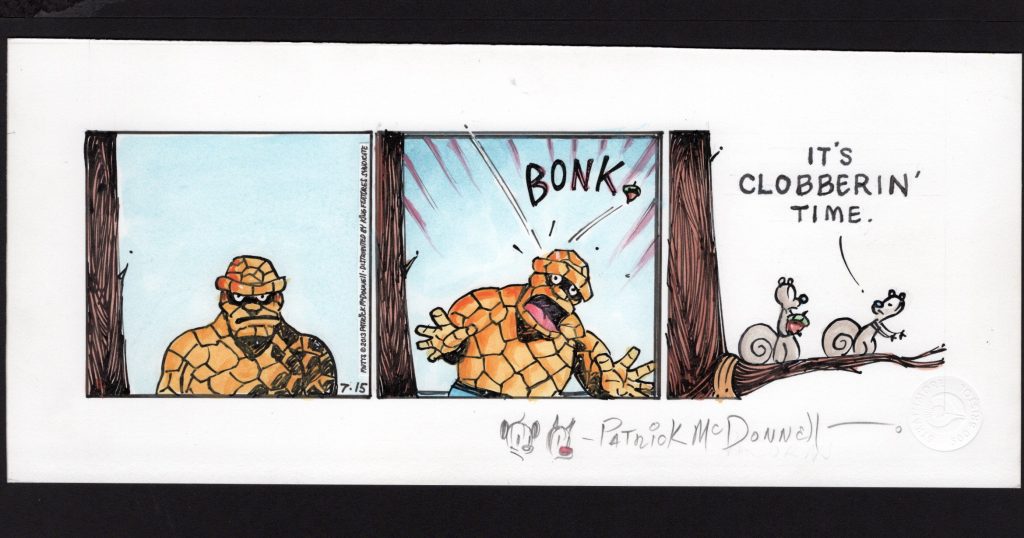 All proceeds from the final bids will go to benefit St Jude Children’s Research Hospital. Their mission is to advance cures, and means of prevention, for pediatric catastrophic diseases through research and treatment. Consistent with the vision of their founder Danny Thomas, no child is denied treatment based on race, religion or a family’s ability to pay.

Bidders in this special auction will have a rare opportunity to not only own a piece of valuable original art by a great cartoonist, but will also be making an investment in the important work of St. Jude.

NCS president Jason Chatfield remarked “Cartoonists are blessed to have the ability to make people laugh or inform their opinions with our lines on paper. But we’re so much more fortunate to be able to give aid and comfort to kids in need through the sale of that original art.” 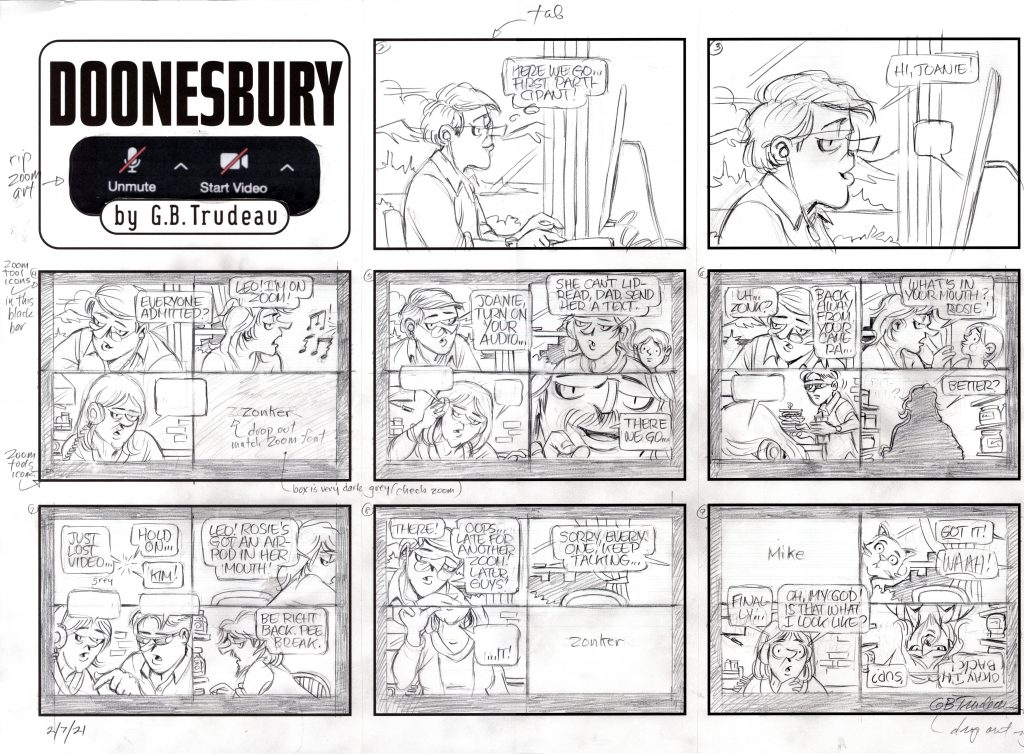 The National Cartoonists Society is the world’s largest and most prestigious organization of professional cartoonists. It had its beginnings during World War II when groups of U.S. cartoonists got together to entertain the troops. They found that they enjoyed each other’s company and after the war decided to get together on a regular basis. Thus, in 1946, the NCS was born.

Today, the NCS membership roster includes over 500 of the world’s major cartoonists, working in many branches of the profession, including comic books, editorial cartoons, animation, webcomics and other online platforms, newspaper comic strips and panels, gag cartoons, greeting cards, advertising, magazine and book illustration and more.

Membership is limited to established professional cartoonists, with a few exceptions of outstanding persons in affiliated fields. The NCS is not a guild or union, although we have joined forces from time to time to fight for member’s rights, and we regularly use our talents to help worthwhile causes.

Visit and bid on the auction from Wednesday 27th here.