The annual Jay Kennedy Scholarship, in memory of the late King Features editor, was funded by an initial $100,000 grant from the Hearst Foundation / King Features Syndicate and additional generous donations from Jerry Scott, Jim Borgman, Patrick McDonnell and many other prominent cartoonists. Submissions are adjudicated by a panel of top cartoonists and an award is given to the best college cartoonist. The recipient is feted at the annual NCS Reuben Awards Convention attended by many of the world’s leading cartoonists.

Applicants must be students at a 4-year college in the United States, Canada or Mexico who will be a Junior or Senior during the 2022-2023 academic year. Applicants do not have to be art majors to be eligible for this scholarship.

Along with a completed entry form, applicants are required to send 8 samples of their own cartooning artwork (copies only); noting if and where the work has been published, either in print or on the web. (See application for details.) DO NOT send original artwork.

The applications will be judged by the National Cartoonists Society Foundation (NCSF) and the number of scholarships given out and their amounts will be at the discretion of the NCSF. 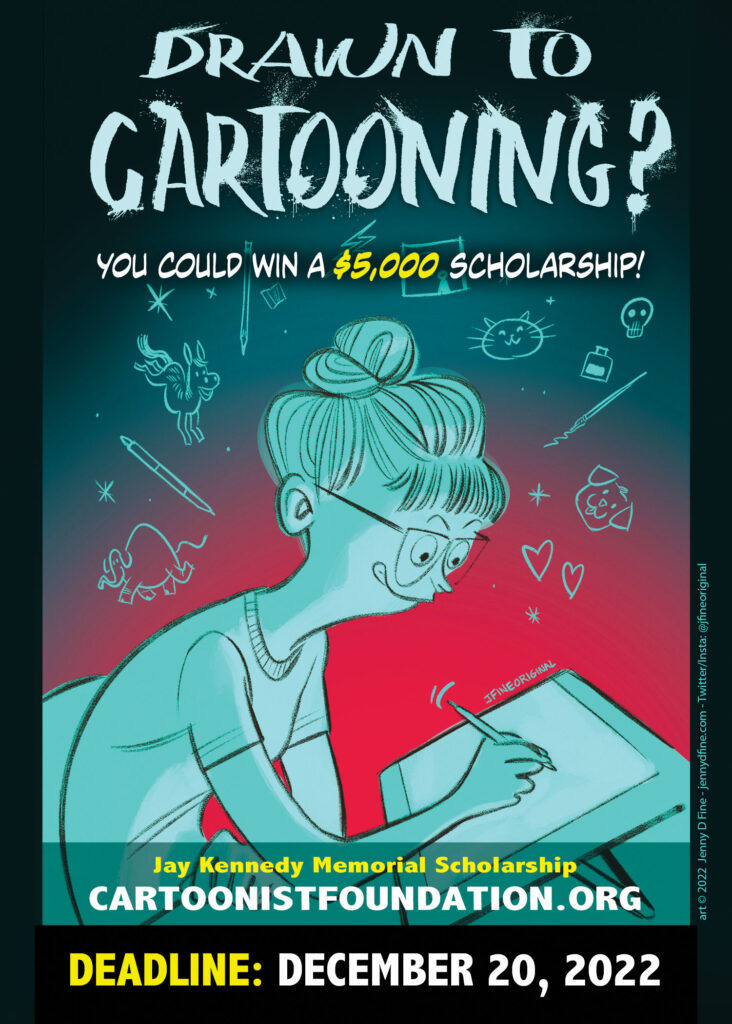 Please send your completed form and only 8 examples of your own cartooning artwork.

Email all samples and form in a single PDF document to ncsfprez@nationalcartoonists.com
Or you can mail printed copies (NO ORGINALS) and completed form to: 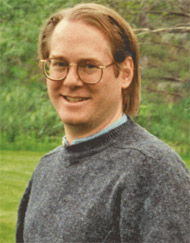 Jay Kennedy joined King Features Syndicate in 1988 as deputy comics editor and became comics editor one year later. He was named editor in chief in 1997.

From 1983 to 1988, Kennedy served as cartoon editor of Esquire magazine, also owned by Hearst Corporation. At the same time, he served as a humor book agent as well as a cartoon consultant and editor for magazines and publishers, including People and Whittle Communications. In addition, he was guest editor in 1985 for the “European Humor” issue released by the National Lampoon.

Kennedy wrote articles about the history of cartooning, and profiled cartoonists and contemporary comics for magazines including New Age Journal, Heavy Metal, New York, The IGA Journal, and Escape, an English bi-monthly. He was also the author of “The Underground Comix Guide” (1982).

Kennedy’s interest in comics was worldwide and lifelong. Before graduating with a sociology degree from the University of Wisconsin at Madison, Kennedy studied sculpting and conceptual art at The School of Visual Arts in New York City.

Kennedy once explained that he chose a life in cartooning because “in the fine arts, artists generally comment on the world only obliquely; and sadly, only those people who have the leisure to study art history can fully appreciate their comments. By contrast, cartoons are an art form accessible to all people. They can simply laugh at the jokes or look beyond them to see the artist’s view of the world. Cartoons are multi-leveled art accessible to everyone at whatever level they choose to enjoy.”

In keeping with that philosophy, Kennedy made a bequest of his vast personal collection of underground comics to The Ohio State University Cartoon Research Library, the preeminent library of comics and cartoon art in the country.